The eagle gently coaxed her offspring toward the edge of the nest. Her heart quivered with conflicting emotions as she felt their resistance to her persistent nudging. “Why does the thrill of soaring have to begin with the fear of falling?” she thought. This ageless question still remained unanswered for her. As in the tradition of the species, her nest was located high upon the shelf of sheer rock face. Below there was nothing but air to support the wings of each child. “Is it possible that this time it will not work?” she thought. Despite her fears, the eagle knew it was time. Her parental mission was all but complete. There remained one final task- the push.

The eagle drew courage from an innate wisdom. Until her children discovered their wings, there was no purpose for their lives, until they learned how to soar, they would fail to understand the privilege of having been born an eagle. The push was the greatest gift she had to offer. It was her supreme act of love. And so, one by one, she pushed them and they flew. – words by David McNally

“Its human nature to take the path of least resistance. Most people truly want to reach their full potential, they don’t always have the initiative and discipline to get started on their own.” – wise words from Mac Anderson

This picture shows a time span of eight years.  I took baby steps, with small changes, and it created an accumulative effect of 58 lbs.

Go to rawblisswonder.com for our free gift, I give you three tools I personally used to start my transformation.

I am an (award winning) womanpreneur, artist, speaker, empowerment leader and knowledge seeker. I share my stories of adversity with fear, in business and in life, with vulnerability and being awakened and how I boldly built a company to new levels and took risks to soar. Along my journey, my belief in myself, tenacity, courage, confidence, hope and faith grew exponentially. You will hear my message of enlightenment and my life changing principles for fearless living that will assist and inspire others to jump to their greatest potential. I hope to inspire my community to find their strength to live courageously, ignite their flame and leap joyously. I believe we should continually upgrade our dreams to preserve our road to happiness. You need to believe it can be done- this will set your mind in motion to find a way to do it. I (along with my husband) bootstrapped our way to building a local, woman owned enterprise in Salt Lake City; Anchor Water Damage & Restoration. While building Anchor (2008-2016) I have been recognized in the community 8 times with the following: • Nationally Recognized 2016 Best of the Best -Top 3 ‘Women in Restoration’ 2016 Remediation and Restoration Magazine (October issue) • 2016 Enterprise 7 Award: Woman Business Owner • 2015 and 2014 Best of State • 2013 30 Women to Watch- Utah Business Magazine • 2013 Outstanding Entrepreneur • 2011 Woman Business Owner of the Year – NAWBO SLC • 2009 Small Business of the Year • 2013 Kris graduated from the Goldman Sachs 10,000 Small Business program • 2012 GE Capital Banking on Women program • 2011 Won the SCORE/Sam’s giveaway (2 companies per state were awarded this) I love being involved in the community. I help out by serving on committees and volunteering. I serve on the Granite Foundation Board and have held positions at Chamber West, NAWBO along with other organizations. I was a mentor (2016) for the Women of Worth foundation. I reside in South Jordan, Utah with my husband of 33 years and my 2 children.

What Makes Me, Kris, A Great Mentor?

2 Ways to Increase Your Self-Confidence 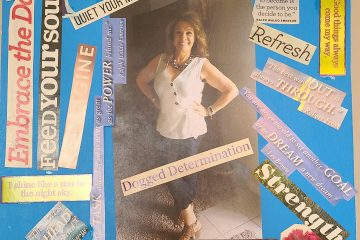 3 Tips To Help You Get Out Of Your Own Way

I’m sure you have many reasons why you procrastinate and don’t get things done. If you are like me, you feel may feel overwhelmed at times and don’t feel like doing any thing on your Read more…